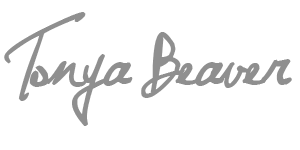 Shanna and I went to High School together was I was BEYOND excited when she contacted me to say she was ENGAGED.  She and Rody met at work a few years ago, and they’ve been inseparable since.  They are such a sweet couple, and I’m SUPER excited for their wedding coming up in October.  CONGRATS you two!!! xoxoxo

Here is the story from Rody’s perspective 🙂

It was six or seven years ago when we first crossed paths; so long ago that memories are fuzzy. I saw her standing in the fifth floor of the hospital with someone else and I thought to myself, “who is that pretty lady?” As it turned out she was one of the new pharmacy residents that we had for the year. I can’t recall if she had just started or if she had been there for some of the year already. Typically, my work didn’t lend to often interaction with “those people” on a daily basis. On top of that, I was involved in a long term relationship and not really looking for someone. Also, the someone I saw her with was her long term relationship as well. We were committed to other people and so our lives apart continued.

We had been working together for a couple of years now. We knew each other, but we didn’t “know” each other until one day the invite came out of nowhere. At work we had mutual friends and associated with different circles, but still socialized on occasion. She reached out and invited me to join her and a few friends on her St. Patty’s Wagon that year. The invite, I thought, was purely innocent. I realized into the evening that there was something there – a mutual attraction, but I had to play hard to get. We began to see each other through the course of the next few months. Then she started to play hard to get…. a true Shanna move since she had to be the one in charge.

Fast-forward to the engagement…

We had been seeing each other for three years, and through these years we had ups and downs and let’s face it, she’s crazy. But, so am I. I was in trouble though; she was the one I loved. She was the one that I wanted to see in the morning. She was the one I wanted to tell goodnight. All the flowers in the world could only hint at the message I wanted to send, so I knew it was time to tell her…well, to ask her if she would be that person. She did, however, go out of her way to make it impossible. Once again, in true Shanna fashion, she had to be in charge.

I had already begun the process of asking her to marry me. I had spoken with my parents and received their blessing to move forward with such a big decision. I consider myself a traditional person and knew that I had to ask her parents for their blessing as well. I asked months before I began the search for the ring, and after her parents laughed at me, discussed the importance of it, smiled at me, they honored me with their blessing. After an exhaustive search that involved help from her mother, I finally got all the pieces together. Eventually, the ring burned a hole in my pocket. I had her going crazy. She thought I was foot dragging, in usually Rody style, and that our relationship would never advance. I convinced her to go ring shopping with me; stressing the importance of finding the right one.  Really, she stressed that importance. What can I say, the lady has good taste, and I think I do.  We both knew this was only going to happen once and it had to be just right. There was many a fight over the whole “fiasco” all the while the ring sat in the house or car right under her nose. I tried to convince her that we were too stressed out and that we should take a weekend to get away to Amelia Island, the place where I told her I loved her for the first time. She said no, she wasn’t going with me. She had too many other things going on. Once again, she had to be in control – no surprise. The proposal had to be good and it had to be soon! I decided it was time for some help. I enlisted two of the most convincing influences in her life. Her mom and her best friend, Nikki, were helpful in making it happen.

I convinced her we would go shopping for a ring on Saturday, April 6th. I was able to get her family and close friends to come to Gainesville and join us for her big surprise. I wanted to ask her in front of her family because I know how important family is to her and it would be a memory they would always share. Complete with a partially torn calf that I got earlier in the day, I took her to her favorite restaurant for lunch. As we walked in, I pulled her close and told her that I hoped she would remember this day. She was confused until she saw her family and friends seated in the restaurant. The ring shopping day was changed and she hadn’t put it together yet. She thought they were there to celebrate the start of her promotion at work or to meet Nikki and Anthony’s newborn. I sat far from her and she looked at me and said, “why are you so far away, come closer.”  Then I began.

I thanked everyone for being there. I knew family was important to her, as it was to me, and I was glad they could be there. Turning to her, I told her that I knew that I had found the person to walk beside be, not in front of me, but beside me. She was the one that I wanted to be with and at that point I asked her to marry me. She was shocked. I knew that I had finally gotten her, and I got her good. It wasn’t until I pulled the ring out of my pocket that she knew what was going on. She was, after all, the only one there not in on the secret. A smile ran across her face, her hands waved in the air, and a tear rolled down her face. After a moment, she gave me the answer I wanted. Yes. 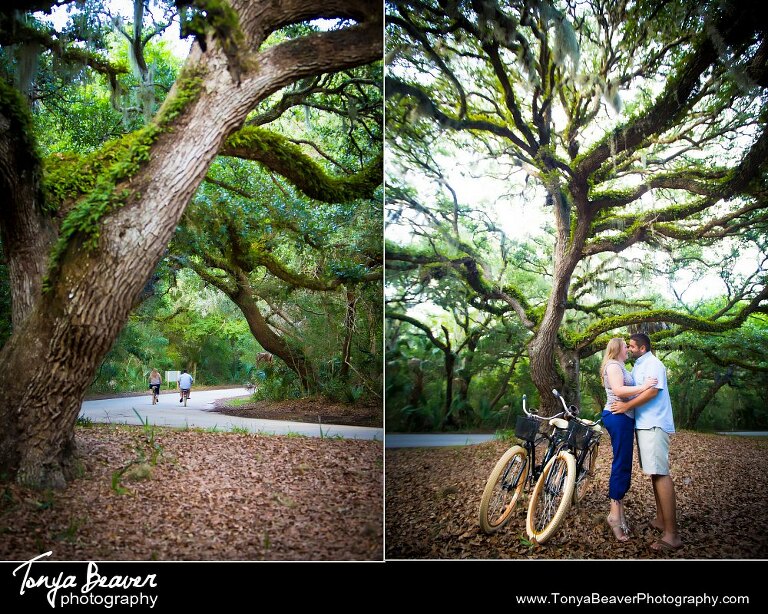 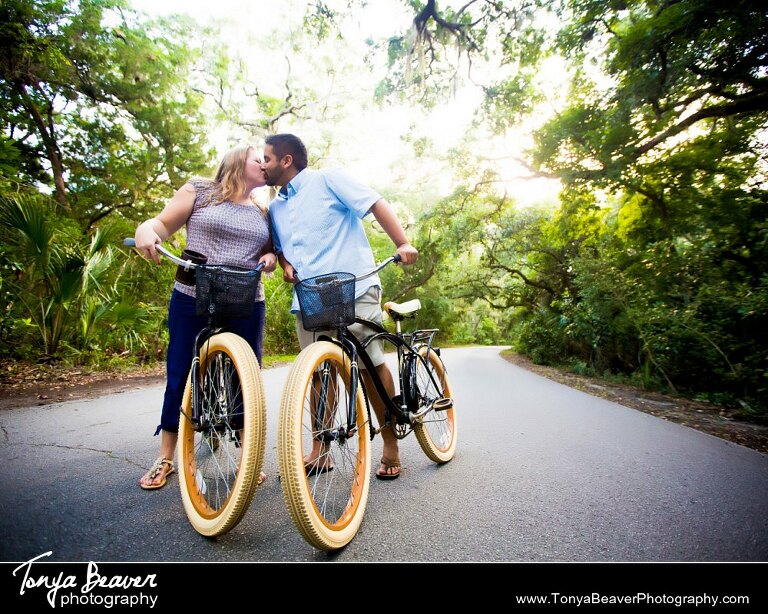 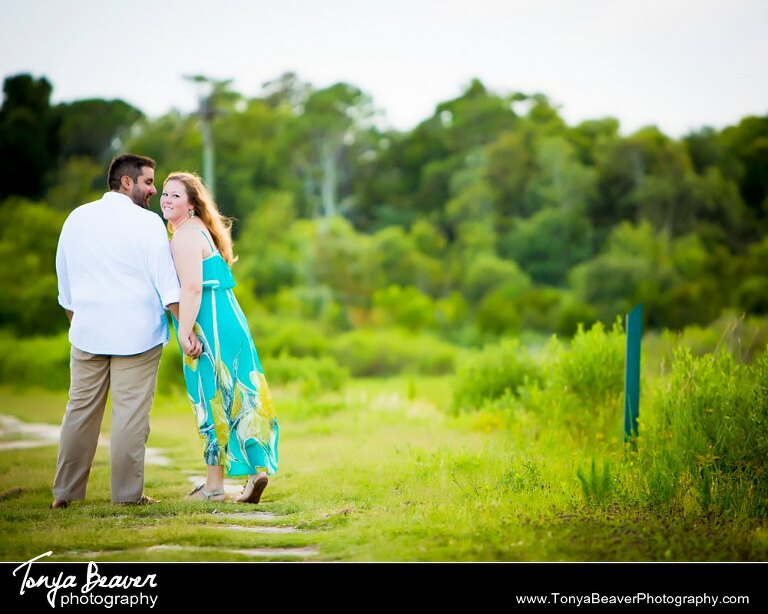 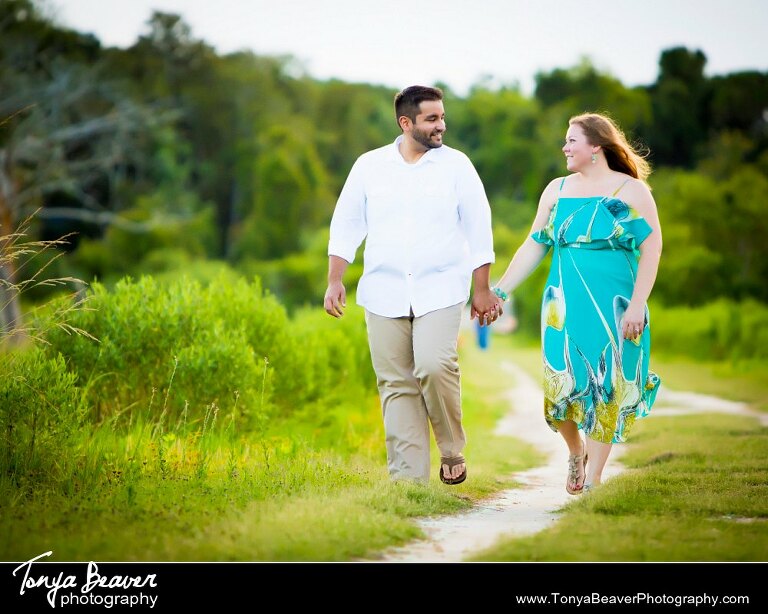 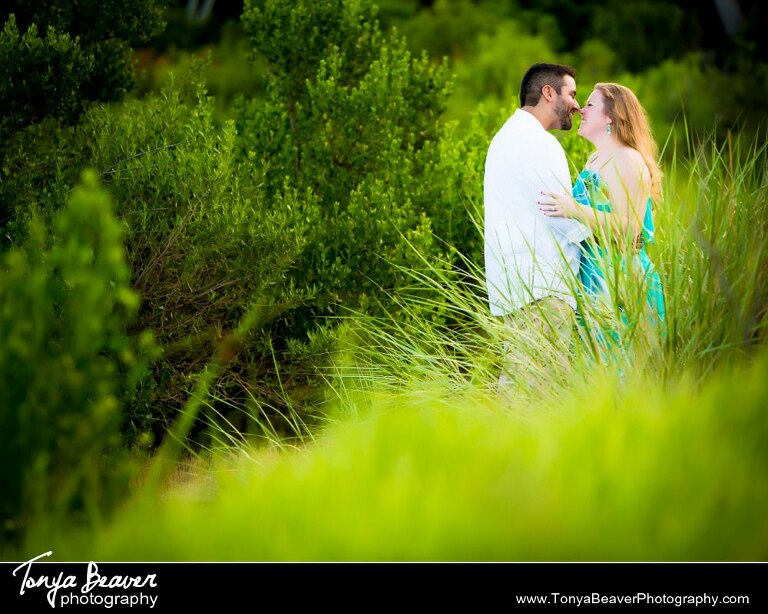 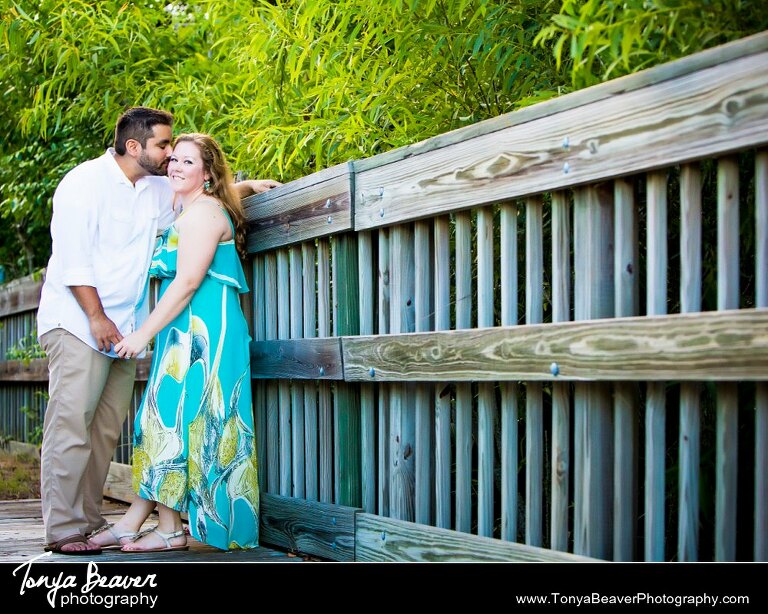 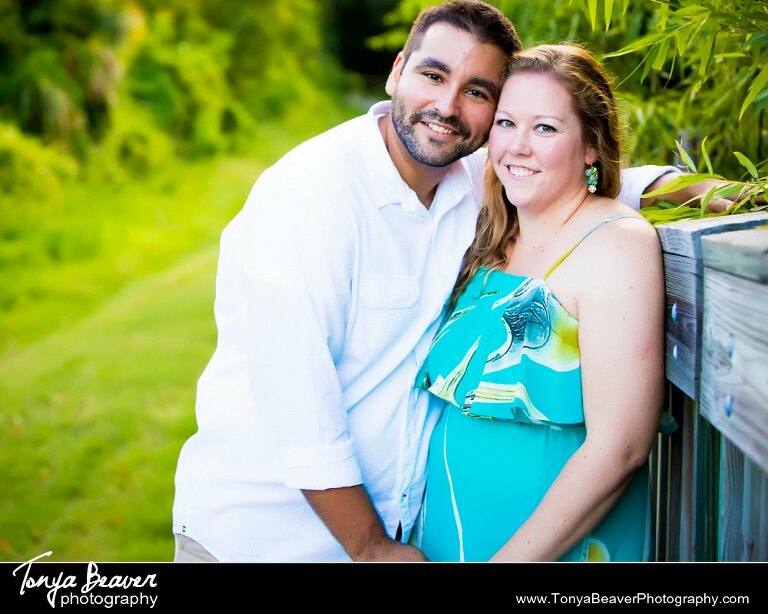 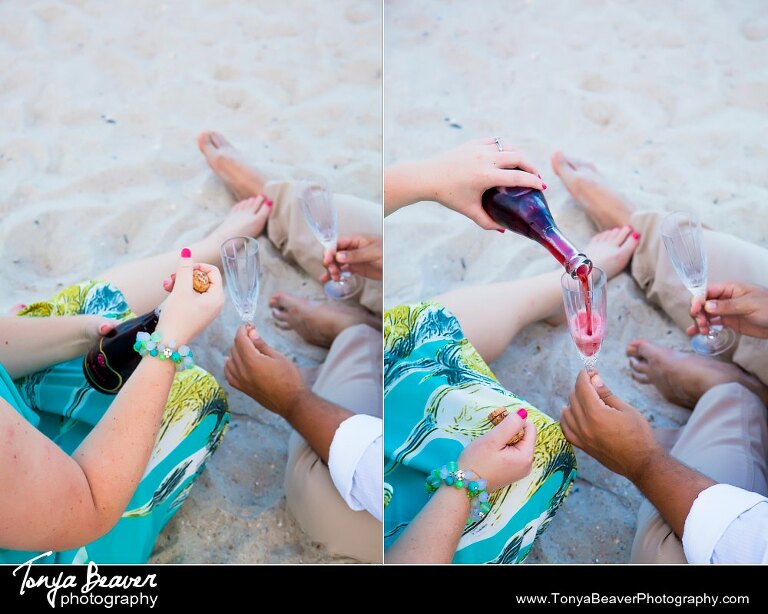 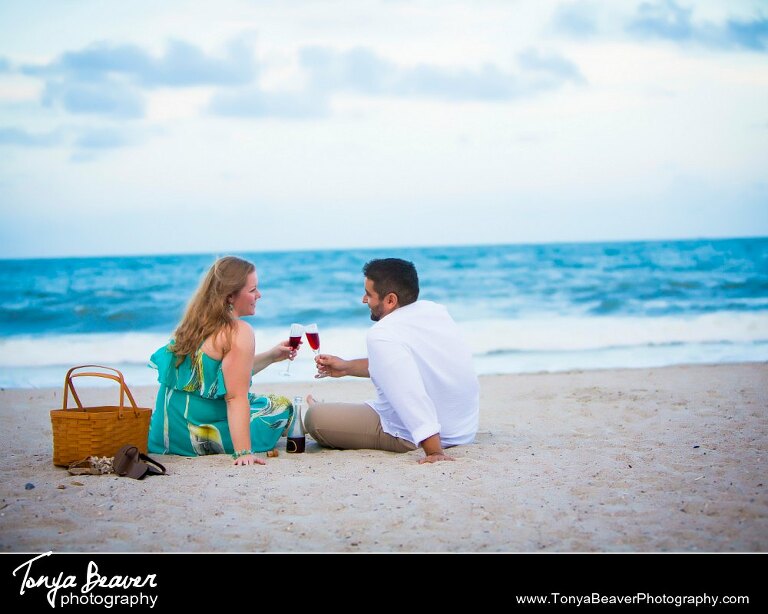 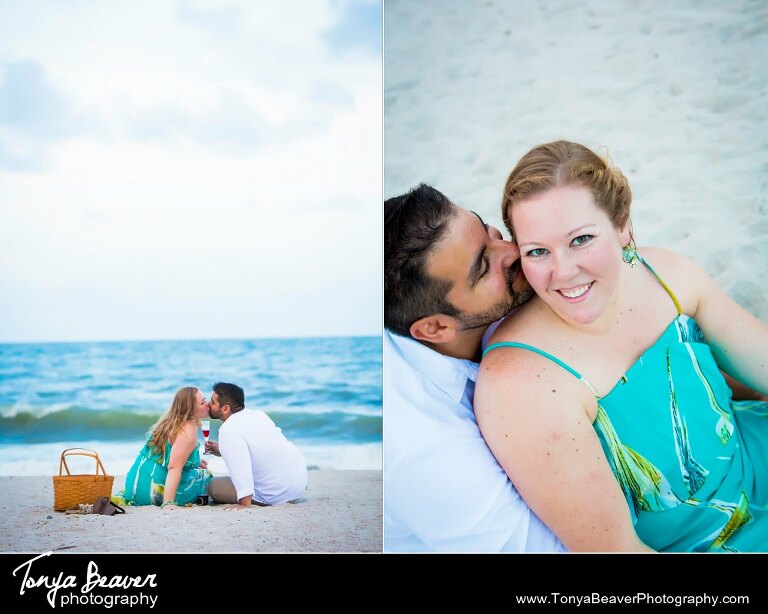 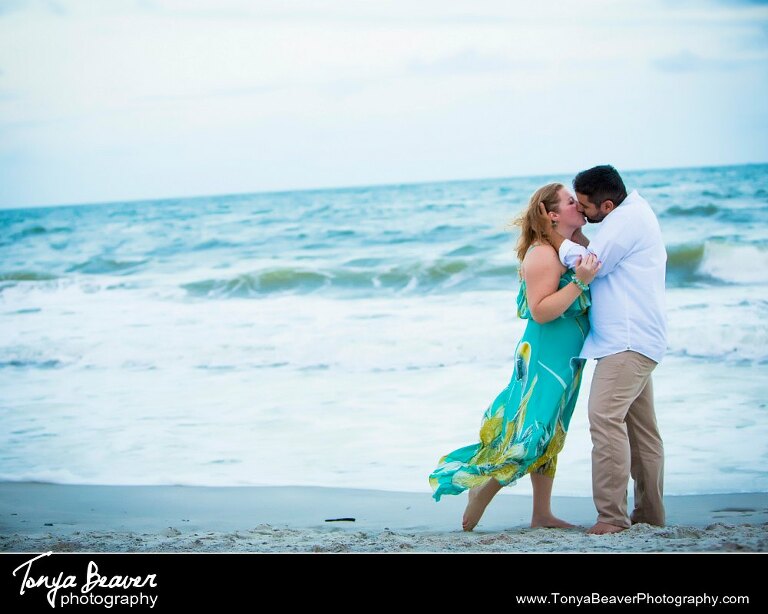 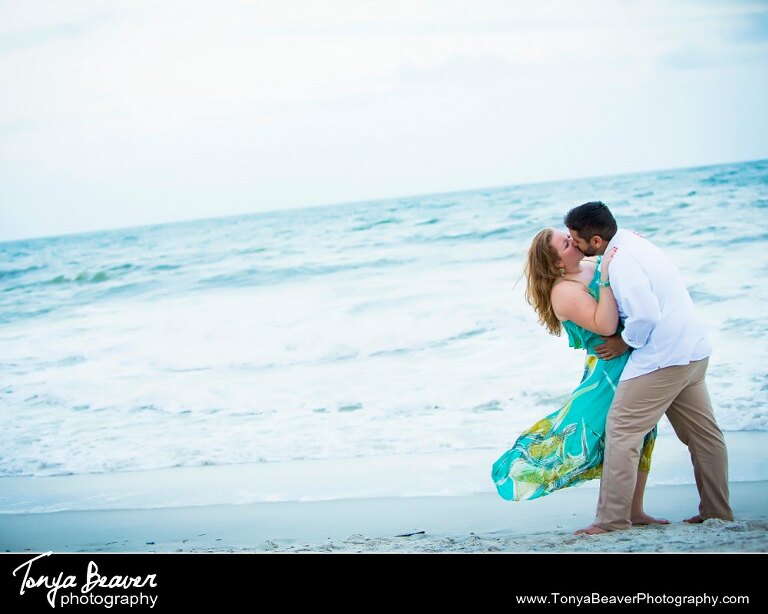 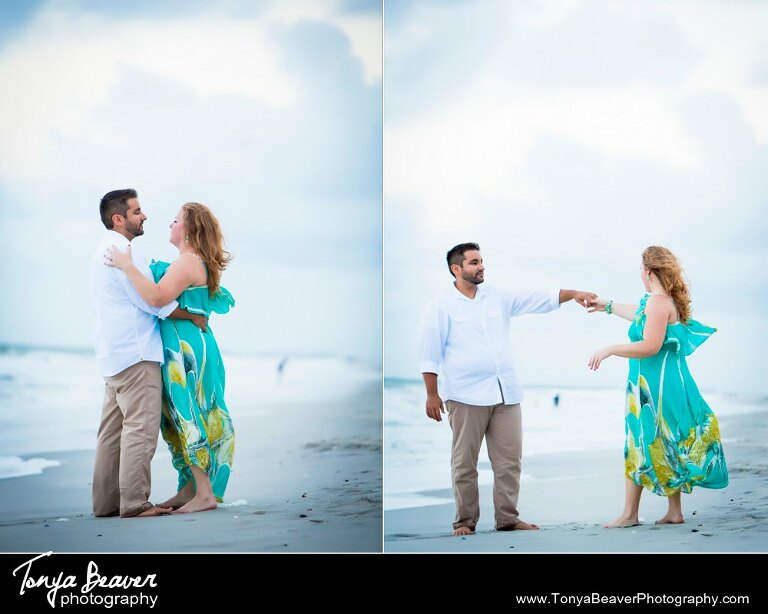 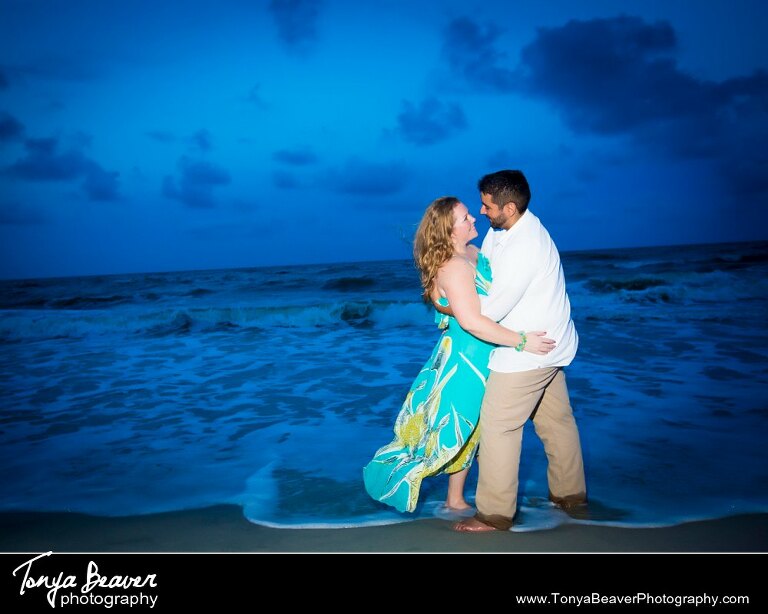